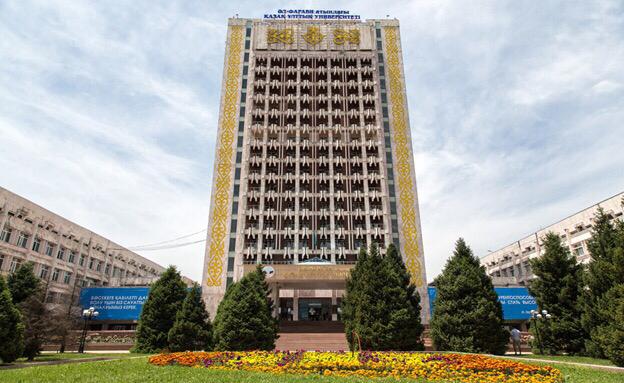 The University creates favorable conditions for students to receive a qualitative and affordable education that meets international standards. Nowadays, the University is equipped with such facilities, some of which are available only in KazNU, including a unique campus in ecologically clean area, 15 hostels, a unique scientific library containing works of domestic and foreign scientists; Palace of Students; modern sports complex; Students Serving Center “Keremet”, which is opened on the initiative of the rector of Galymkair Mutanov —  all of this facilities located on the territory of 100 hectares. Highly qualified teachers and professors teach 82 bachelor’s, 102 master’s and 63 doctoral programs in 15 faculties that study the fields of engineering, natural, humanities and social sciences, medical sciences and economics.

The University has a good position in international rankings, such as QS Global World Ranking(202 place). It is also worth noting that KazNU is the first and only HEI of the educational system of the Republic of Kazakhstan, which is awarded with a special diploma of the authoritative international agency Thomson Reuters «For outstanding achievements in the field of science in 2011». Having achievements not only in academic, but international relations, the university gives opportunity to gain knowledge for about 20000 students. Based on data collected for the 2020 World University Rankings, 12 percent of undergraduates came from other countries such as China, India, Pakistan, Turkey, South Korea and others.